Review of “The Queen Is Dead” by the Smiths 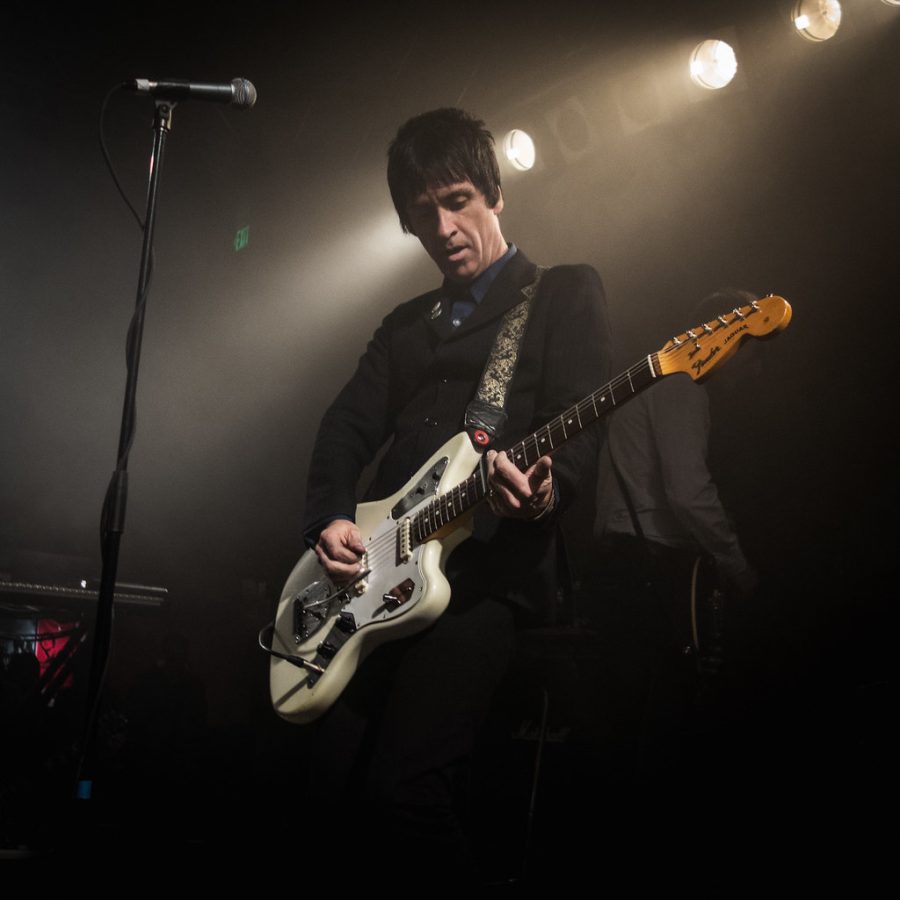 On June 16th, 1984, The Smiths would release its self-titled debut, marking the beginning of one of the most influential bands of all time. The band has had a massive following since its inception 36 years ago, and over 5 years until their disbandment in 1989, The Smiths would create music that would resonate with young adults and teens to this day. The centerpiece of these projects, however, is “The Queen Is Dead.”
The “Queen Is Dead’s” ten-track, 37-minute runtime, is balanced between slow ballads and quick-paced cuts. Songwriter and guitarist Johnny Marr began writing the tracks for this album when he was only a teenager, which compliments the theme of this album, Teenage life, highlighting Marr’s early talent and passion for music. Marr also had an obsession with the band “The Stooges”, which is reflected in the album.
This Record’s greatness is rooted in vocalist Steve Morrisey’s elegant delivery and Johnny Marr’s blissful guitar melodies. Marr’s sincere songwriting, Andy Rourke’s Grooving basslines, and Mike Joyce’s energetic drumming, combined with the unstable political state of Britain, allowed the album to come at the perfect time for millions of angsty teens. It speaks to those who want to escape and “Never, never want to go home” as Morrisey sings on “There Is a Light That Never Goes Out.”
Back to the theme of this album, “The Queen Is Dead” manages to tackle so many adolescent topics such as love, pain, fear, identity, rebellion, anger, and most importantly, recklessness. Steven Morrisey manages to convey these tracks meticulously, with such poise and emotion to make one fall into his world of growing up. It allows one to reflect on moments that happened in their adolescence concerning the emotions of Morrisey.
This album acts as the perfect coming-of-age record. Between the title track’s blaring drums and warped guitar, practically spelling out ‘Rebellious Spirit’, or “There Is A Light That Never Goes Out” and its lighthearted beat, the immaculate songwriting cannot be understated. The tracks do not overshadow the gorgeous songwriting, and it defines the elements of “Recklessness and Love”, which are reflected by Morrissey’s passionate vocals, “To die by your side would be a heavenly way to die.”
The heart of this album, however, is the 6-minute ballad “I Know It’s Not Over.” The ballad is about the existential dread of loneliness, calling to the only one Morrisey has left moments before the end when he repeats, “Mother, I can feel the soil falling over my skin.” Its chilling tone is showcased through masterful lyricism, an angelic vocal performance, chords that pluck and strum on the heartstrings, and a chorus that overwhelms one with emotion.
Through Secular songwriting that was down to earth for so many then and so many more to come, masterful production and melodies, and an all-around enchanting experience, The Smiths managed to mark a moment in music history that is rivaled by few, loved by many, and cemented as one of the greatest musical statements for all to listen to.