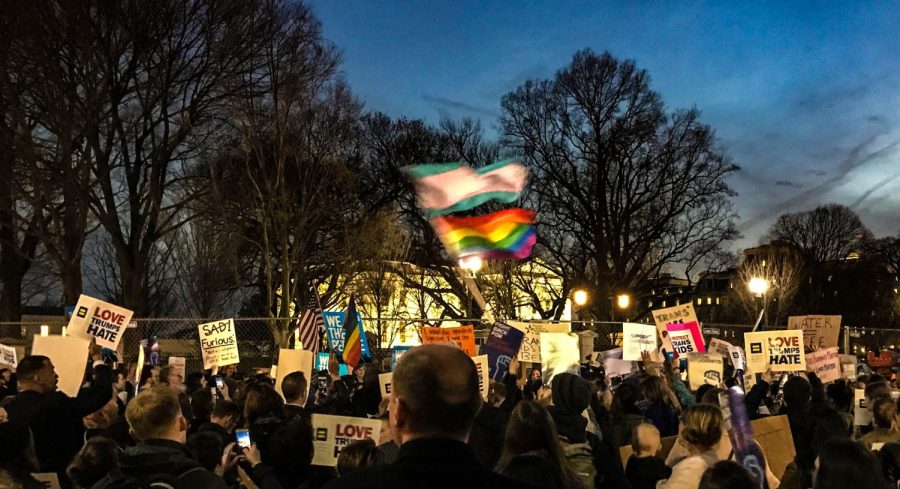 On Feb. 22, a bill passed in the House of Representatives that has been tagged as the “Don’t Say Gay” bill by its opponents because, if passed, it would make it illegal to speak about sexuality or gender in certain classrooms.

It is not news to hear that the nation is polarized over yet another bill. Human-rights advocates call this a violation of free speech and a step backward in policies, supporters are claiming that children could reap benefits from avoiding talks about sexuality.

The bill’s formal name is “Parental Rights In Education,” and it has already passed in Florida’s congress, which landed on  Governor Ron DeSantis’ desk and was signed on March 28. Ever since it was proposed, the bill has insinuated nationwide debates; the Biden administration has even referred to the nature of this bill as “hateful.”

Diving into the specifics, the bill would also rewrite Florida’s school counseling standards and provide parents the right to opt their children out of health services and the right to sue the school for violating the rights in this bill (for which the district would legally have to pay the costs).

However, the nation has zeroed in on the part that would ban classroom discussion of sexual orientation. The bill specifically states in lines 97-101: “Classroom instruction by school personnel or third parties on sexual orientation or gender identity may not occur in kindergarten through grade 3 or in a manner that is not age-appropriate or developmentally appropriate for students in accordance with state standards.”

So technically, the bill would only prohibit talk of sexuality from kindergarten to third grade. Some people see two issues with this section of the bill.

The first issue is the part that states “in a manner that is not age-appropriate.” People have pointed out that the meaning of this statement is extremely vague and leaves a lot of room for interpretation, leaving many to ask who will decide the interpretation of what age is the discussion of sexuality “age-appropriate.” This part of the bill is under heavy criticism since it is a very hazy and stout statue in a very bold piece of legislation.

The second issue for others is the standard that this bill sets for LGBTQ+ youth in Florida. Many are beginning to wonder if maybe this is just the beginning of anti-LGBTQ legislation that will be pushed in the years to come.

A recent development has involved Disney, who responded to the public outcry for the humanitarian calamity that the bill has ensued. In an effort to sway political entities, Disney has paused all political donations to Florida.

This response only came out of the protest of Disney employers who noticed that the company was not doing enough to combat the bill. In fact, many have criticized Disney for previously supporting politicians that were behind the anti-LGBTQ agenda.

Supporters of HB 1557 argue that this bill is only restricting grades K-3 and the courts will not take it out of context or uphold the standard of the conversation being “age-appropriate” in a situation of grades four and up. Consequently, they state that this bill will give parents more control over their children’s education and interaction with health services.

The heart of this argument revolves around how much influence parents should have in their children’s school day. Some claim that more control is better as they can assure that their children are being taught well; others point out that giving parents more control over the school curriculum could result in unequal learning opportunities and also lead to a heavily biased learning environment that will only make political polarity worse.

The bill has incited another dilemma that divides Democrats and Republicans. Although the bill has yet to be passed, it has already begun causing problems in the social, economic and political fields.

The HB 1557 is leaving America’s division on LGBTQ+ rights raw and ready to be argued by the media and congress.