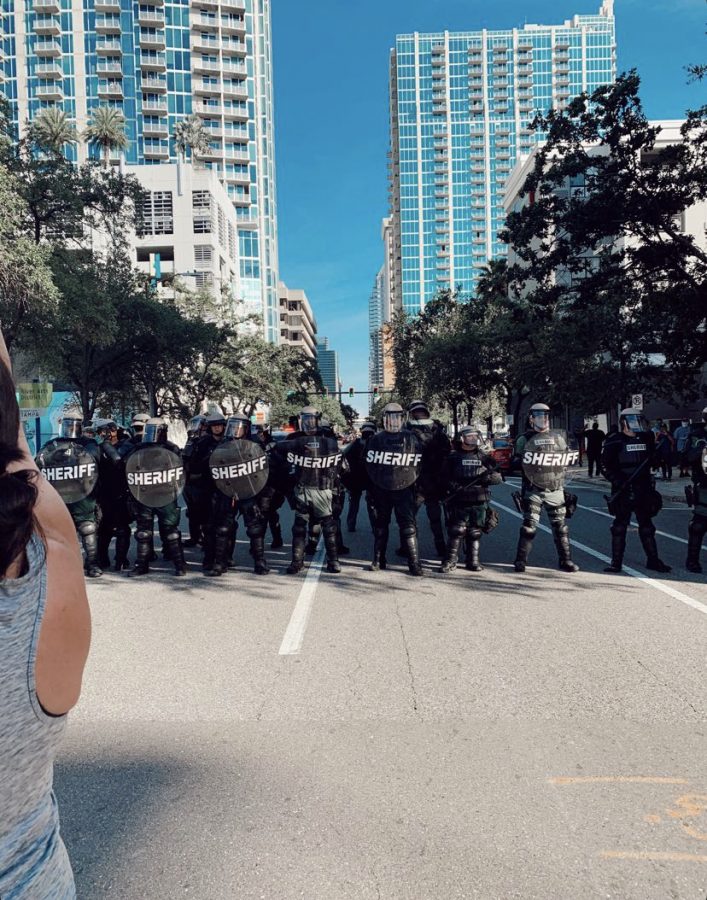 Derek Chauvin, the police officer involved in the death of George Floyd in 2020, is currently undergoing trial in court, facing serious charges.

George Floyd died on May 25, 2020 in Minneapolis, Minnesota. At the time of his death, Derek Chauvin was applying pressure to Floyd’s neck using his knee, on a busy street. Bystanders began gathering and witnessed the arrest, some videotaping and urging the police officers to stop applying excessive force.

The event sparked media attention and soon spread nationwide through social media. Movements and activism posts began advocating for justice; many are claiming that the death occurred under racial prejudice, as Derek Chauvin is a 45-year-old white man, and George Floyd is a 46-year-old black man.

People across the whole country began going out to the streets and gathering in major cities, chanting “I can’t breathe”, and “Justice for Floyd.” These occurred last summer, where the movement of Black Lives Matter gained momentum due to some of the violent police response to these protests, caught on camera.

After months of awaiting trial, Derek Chauvin’s trial began on March 29 and is expected to last one month. He is facing the following charges:  Second-degree murder, third-degree murder and third-degree manslaughter, all of which he has pleaded not guilty.

In the trial’s early days, the defense (for Derek Chauvin) has brought to question the actual cause of George Floyd’s death. They turned to his drug addiction and blamed his underlying heart disease which, when countered by the adrenaline from the situation, ultimately led to his death.

Main witnesses being brought to the stand include bystanders, paramedics and the store clerk. One bystander broke down on the stand, crying when he was played a combination of videos from different camera angles, including police body cameras.

The store clerk who originally questioned if the bill George Floyd gave was counterfeit, testified that he seemed to be “high”, but overall could carry a conversation.

The paramedics that first arrived on the scene were also brought to testify and explained that when they arrived, they could not see any apparent breathing and George Floyd was not moving.