‘The Untamed’ and how it Broke Barriers within Media Censorship 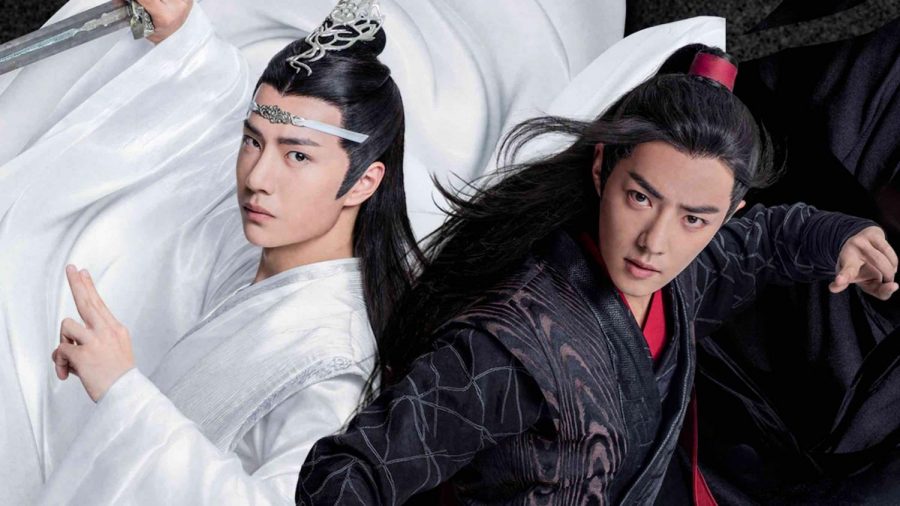 ‘The Untamed’ is the live-action, historical-fantasy Chinese drama based on the popular book, ‘Mo Dao Zu Shi’ by Mo Xiang Tong Xiu. There’s also an anime series adaptation that was the predecessor to the 2019 show. Starting Sean Xiao as Wei Wuxian and Wang Yibo as Lan Wangji, this show did what most wouldn’t dream of doing: gaining huge amounts of popularity and major fan support for the immersive setting, unique plot and deep lore the directing and writing team worked together to accurately adapt the novel. However, it is infamous for being controversial due to it being a BL novel, meaning it’s two male leads are romantically involved.

Homosexuality is no longer illegal in China, yet the depiction of it in the media is. This forced the creators to show Wei Wuxian and Lan Wangji’s relationship more as a close-brotherhood compared to the source material, which ended with the two getting married as they fought against the evil supernatural.

The directors solved this censorship problem as respectful to both the rules and the fans throughout 50 episodes, as much as they could get away with – and surprisingly it was a lot. Using rabbits as a motif to symbolize Wei Wuxian and Lan Wangji, was a nod to the fact that in Chinese culture, the rabbit often represented queerness. In a shot during a later episode, it even shows two within a large group of bunnies ‘kissing’.

In addition to this, the blue headband Lan Wangji wears is sacred and in the Lan clan, it is a sign of restraint, where only a select few are permitted to touch (parents, children, and significant others). The creators repeatedly write Wei Wuxian breaking this rule; suggesting to use it to bind the two together for protection in the cold cave, tying it to splint Lan Wangji’s injured leg and even possessing a paper doll that playfully tugs on it. This is a subtle nudge from the writers that allow audiences to grasp that Wei Wuxian is Lan Wangji’s significant other, as the latter makes zero attempts to stop the former and the former continuing to cross that line even after he learned the significance of his actions. A drunk Lan Wangji enters a random property and takes a couple chickens from the pen, shoving them into Wei Wuxian’s confused arms. This is not only an old norm of when a man gives his betrothed chickens, but fatter chickens are a sign of good fortune. ‘The Untamed’ is good at putting their leads in various situations where the couple are practicing different traditional customs commonly done by married people; giving lucky money to children and greeting passed relatives by performing bows together.

Many other examples of the show being as accurate to the LGBTQIA+ themes exist, and it is honestly very refreshing to see in the media. Especially as western content have a tendency to queerbait viewers, where they hint at queer romance but never truly depict it purely for marketing and exposure for ‘being progressive’. The western world does not have a good track record for correctly representing this demographic, sometimes using queer-coding to characterize villains or inappropriately interpreting queerness- or any minority population to be completely transparent. It is even more bizarre that a Chinese series, known for its imbedded queer inclusion in the plot, that is promoted and showed in China is more forward and properly represents a same-sex relationship compared to the West that ironically prides themselves on being more developed.

The creators of ‘The Untamed’ did no small task, from avoiding the strict censorship while still dedicating faithfulness to the fan base and expectations of committing to the novel. The cast did an exceptional job convincing audiences of the depth of emotions the characters have. Sean Xiao and Wang Yibo made viewers believe in their love, without any verbal or physical confirmation and only with delivering angst-filled gazes and being defensive or devoted to the other. It is a perfect instance that a good adaptation that stays true to the source material can exist. Plus it is an example of well-developed characters that happen to be gay, can be three dimensional with goals, flaws, and growth that are not restrained to just their sexuality.

Hopefully, society can learn from this fantastical show that pulls heartstrings with the heart wrenching sibling-bonds and hilarious bromances between the talented ensemble, provides impressive action sequences, callbacks and references, and story arcs for the protagonists and antagonists. Stream ‘The Untamed’, watch and fall in love with the world and the lore, get frustrated at misunderstandings and miscommunications, and feel powerful when all the setups get paid off and resolved.