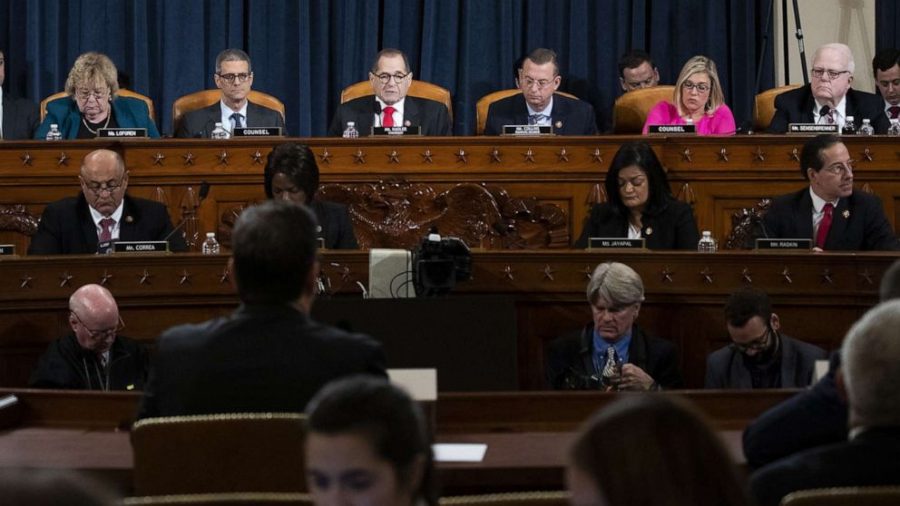 Impeachment proceedings for the trial of President Donald Trump began in the Senate last week, and controversial political figures are already becoming involved.

On Jan. 17, President Trump named Kenneth Starr and Alan Dershowitz to his defense. Starr was a prosecutor involved in former President Bill Clinton’s impeachment trial in 1999. Dershowitz is a former Harvard law professor who has participated in some of the most notorious trials of recent times, including the defense of OJ Simpson and a controversial plea deal for Jeffrey Epstein in 2007.

The beginnings of the proceedings this week were mostly introductory, with both the defense and prosecution continuing to gather evidence and form their arguments. The next step will be to vote on the rules for the trial. Seven Democratic House impeachment managers will serve as prosecutors in the trial, and have stated that the evidence against President Trump is “overwhelming.”

Dershowitz recently revealed the argument he will make in defense of President Trump. He claims that the obstruction of justice and abuse of power, which are the charges brought against the president, are not technically criminal. Therefore, though they are morally wrong and generally condemned, President Trump cannot be removed from office for these charges.

This was the same argument used in the impeachment trial of former President Andrew Johnson 151years ago. This is only the third presidential impeachment trial in history, and strategies and people from the preceding two have already appeared in the current one.

Critics of this defense say that the crimes the framers had in mind when writing the Constitution should not be limited to those specifically stated in statutes books.

Of course, some argue that all of the conflict and political mystery surrounding the impeachment is proof that President Trump is innocent of any impeachable offense. After all, if he were guilty, there would be no reason to squabble over trial rules, fret over witnesses or take into account the election dates.

Americans will watch the trial with bated breath at the Republican-controlled Senate decides the fate of the presidency. Some will root for the President, while some will root against him, but for now, it is out of the people’s hands and up to the representatives.