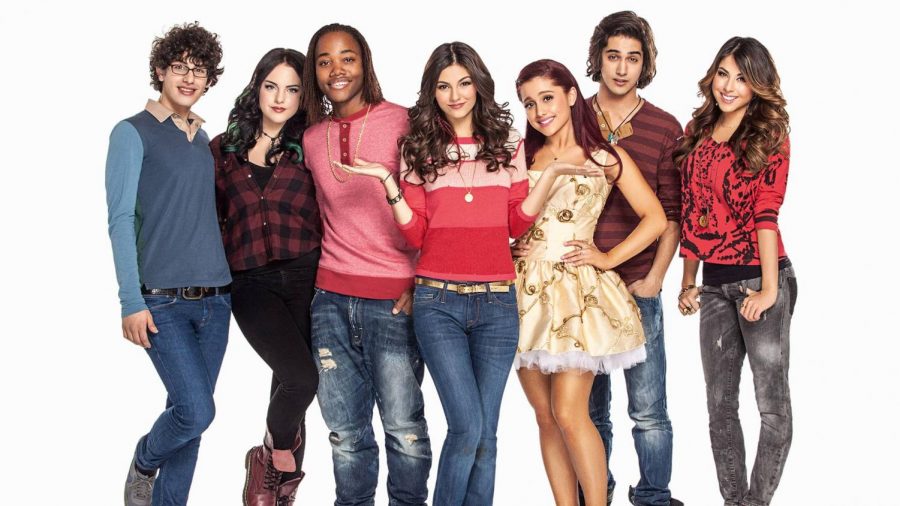 The Nickelodeon sitcom “Victorious” was released on Netflix earlier this month, and Ariana Grande just had a mini-reunion with some of the show’s main cast.
On Nov. 19th, Ariana resumed her Sweetener World Tour in Atlanta after canceling her Nov. 17th performance in Lexington, Kentucky, due to getting an illness.
This concert wasn’t any ordinary performance day, however, as Grande brought former castmates, Elizabeth Gillies and Matt Bennett, from her former show Victorious to perform alongside her.
In the sit-com, Grande played Cat Valentine, a ditzy yet sweet singer/actress. Gillies became the character Jade West, the mean, scary, and confidence singer. Bennett played the nerdy and puppet obsessed Robbie Shapiro on the show.
These three castmates are still close friends, even though the show ended almost seven years ago. Their most famous reunion was in Grande’s music video “Thank u, next,” and now Grande’s Atlanta concert just might top that.
The show started out like any other, but then Victorious theme song, “Let it Shine,” started to play. As the crowd screamed and cheered, Grande announced Gillies’s arrival on stage, calling her one of her best friends, and the two began to sing together.
They didn’t sing just any song; they performed their legendary duet “Give it Up” from the famous episode of Victorious, “Freak the Freak out.”
It was just like the original performance of the duet, the same notes, lyrics, song, everything, just ten years later. This wasn’t the only famous Victorious song performed at the Atlanta concert, however.
Right after the latest rendition of “Give it Up,” fans got to see Bennett climb on stage from the cockpit beneath the stage, grab a guitar and began to sing “I Think You’re Swell.”
This song was written by Bennett’s character Robbie, and was sung to Grande’s character Cat almost seven years ago and was performed the exact same way. Bennett was up on stage singing while Grande was sitting and watching him perform.
At the end of the day, the three friends took selfies together, remembering their former show and then posted about the day on their respective social media.